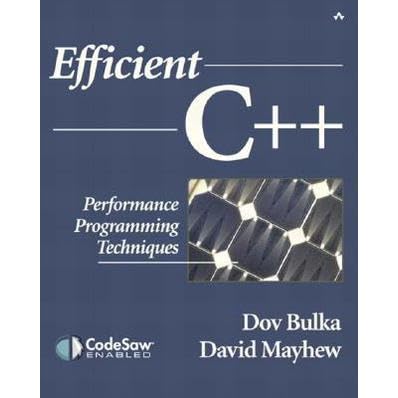 The use of indirection is fundamental for run-time polymorphic interfaces. We can use a base class as the interface of a scoped object of a derived class. This is done where dynamic allocation is prohibited e. Regular types are easier to understand and reason about than types that are not regular irregularities requires extra effort to understand and use.

Handles for resources that cannot be cloned, e. These functions control the lifecycle of objects: creation, copy, move, and destruction. Define constructors to guarantee and simplify initialization of classes. By default, the compiler defines each of these operations if it is used, but the default can be suppressed. The default operations are a set of related operations that together implement the lifecycle semantics of an object. By default, the language supplies the default operations with their default semantics. However, a programmer can disable or replace these defaults.

Since std::map and string have all the special functions, no further work is needed. Not enforceable While not enforceable, a good static analyzer can detect patterns that indicate a possible improvement to meet this rule. For example, a class with a pointer, size pair of member and a destructor that delete s the pointer could probably be converted to a vector.

So as soon as any of the special functions is declared, the others should all be declared to avoid unwanted effects like turning all potential moves into more expensive copies, or making a class move-only. When a destructor needs to be declared just to make it virtual , it can be defined as defaulted. To avoid suppressing the implicit move operations they must also be declared, and then to avoid the class becoming move-only and not copyable the copy operations must be declared:.

Alternatively to prevent slicing as per C. Defining only the move operations or only the copy operations would have the same effect here, but stating the intent explicitly for each special member makes it more obvious to the reader. To avoid the tedium and the possibility of errors, try to follow the rule of zero. The default operations are conceptually a matched set. Their semantics are interrelated. Users will be surprised if constructors and destructors do not provide a consistent view of resource management.

A destructor, close, or cleanup operation should never fail. If it does nevertheless, we have a problem that has no really good solution. See discussion.

Many have tried to solve this problem, but no general solution is known. A class can hold pointers and references to objects that it does not own. Here p refers to pp but does not own it. This will aid documentation and analysis. Look at the initialization of raw member pointers and member references and see if an allocation is used. An owned object must be deleted upon destruction of the object that owns it. A pointer member may represent a resource.

Note that if you define a destructor, you must define or delete all default operations :. The default copy operation will just copy the p1. Be explicit about ownership:. Often the simplest way to get a destructor is to replace the pointer with a smart pointer e. That would sometimes require non-trivial code changes and may affect ABIs. To prevent undefined behavior. If the destructor is protected, then calling code cannot destroy through a base class pointer and the destructor does not need to be virtual; it does need to be protected, not private, so that derived destructors can invoke it.

In general, the writer of a base class does not know the appropriate action to be done upon destruction. A virtual function defines an interface to derived classes that can be used without looking at the derived classes. If the interface allows destroying, it should be safe to do so. We can imagine one case where you could want a protected virtual destructor: When an object of a derived type and only of such a type should be allowed to destroy another object not itself through a pointer to base.

In general we do not know how to write error-free code if a destructor should fail. The standard library requires that all classes it deals with have destructors that do not exit by throwing.

Many have tried to devise a fool-proof scheme for dealing with failure in destructors. None have succeeded to come up with a general scheme. Declare a destructor noexcept. That will ensure that it either completes normally or terminate the program.

If a resource cannot be released and the program may not fail, try to signal the failure to the rest of the system somehow maybe even by modifying some global state and hope something will notice and be able to take care of the problem. Be fully aware that this technique is special-purpose and error-prone. Probably there is a problem at the other end of the connection and only a piece of code responsible for both ends of the connection can properly handle the problem.

The destructor could send a message somehow to the responsible part of the system, consider that to have closed the connection, and return normally. If a destructor uses operations that may fail, it can catch exceptions and in some cases still complete successfully e. Simple A destructor should be declared noexcept if it could throw.

A destructor may not fail. A destructor either user-defined or compiler-generated is implicitly declared noexcept independently of what code is in its body if all of the members of its class have noexcept destructors. By explicitly marking destructors noexcept , an author guards against the destructor becoming implicitly noexcept false through the addition or modification of a class member. Not all destructors are noexcept by default; one throwing member poisons the whole class hierarchy.

Why not then declare all destructors noexcept? Because that would in many cases — especially simple cases — be distracting clutter. It is often a good idea to express the invariant as an Ensures on the constructor.

A constructor can be used for convenience even if a class does not have an invariant. The Rec2 constructor is redundant. Also, the default for int would be better done as a member initializer. 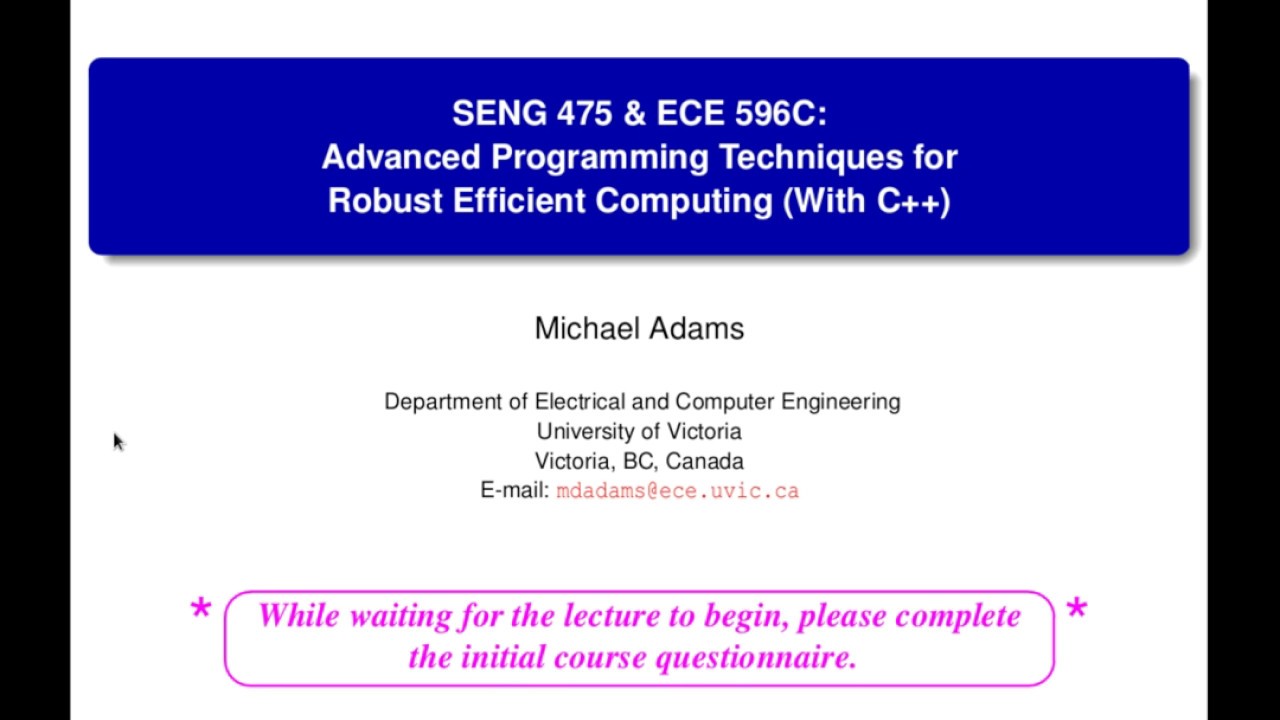 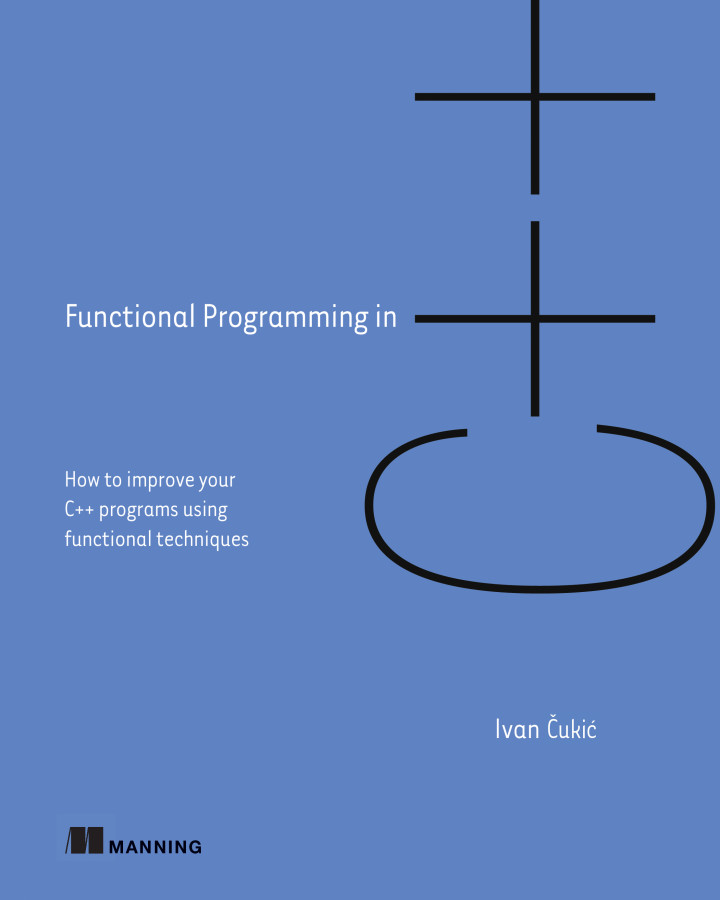